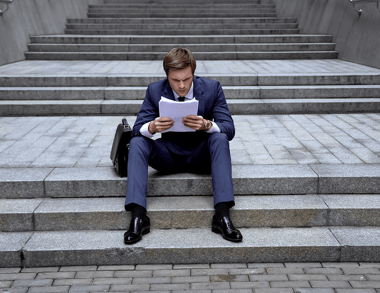 According to the explanatory documents on the Hague Convention Abolishing the Requirement of Legalisation for Foreign Public Documents (commonly referred to as the “Hague Convention”), document legalization is simply this:

What happens when a country is not part of the Hague Convention? A different process must be used to legalize the document, which involves having the document authenticated by the appropriate official in the country of origin, followed by further legalization at the embassy or consulate of the country where it will be used.

Most of the time, this process is straightforward (though a little more expensive and time-consuming than obtaining an apostille), but there are times when factors beyond the authenticity of the signature, the capacity of the signer and the identity of the seal or stamp can hamper the document legalization and authentication process.

Jurisdiction Issues: Where Should a Document Be Legalized?

In some cases, in the U.S., the foreign consular officials will require that a document presented for legalization be handled by a particular consulate based on the location of the state official whose signature is being legalized. Egypt, Kuwait and Bangladesh are good examples of embassies that base the location of legalization on the location of the official who authenticated the document. Difficulties can arise when the state of incorporation does not match the state where the document was signed and notarized. That is, sometimes the consulate with jurisdiction for the state where the documents were notarized will refuse to authenticate documents because they relate to a company formed in a different state, one where the consulate does not have jurisdiction.

Another difficulty that can unexpectedly arise in the world of legalization is the situation where a consular officer takes exception to actual content contained in the document.

We experienced this when trying to obtain Dubai consular legalization in Australia. In this specific case, the document was a contract for a franchise that was to open in both Dubai and Kuwait. The contract had been signed by a corporate officer, who was a resident of Australia, and the signature had been notarized and then further authenticated by the Department of Foreign Affairs and Trade, the branch of the Australian government that authenticates documents and notary signatures. Again, all the proper steps were followed.

However, the content of the actual documents created some challenges. The Dubai consulate asked a great many questions regarding the content of the document, why it was notarized in Australia and, specifically, why we were getting the document authenticated for use in Dubai when the contract also mentioned franchise locations in Kuwait. Though each question was patiently and fully answered by the attorney handling the deal, in the end, the consular officer refused to authenticate the notary signature unless all reference to Kuwait was removed.

Political controversies can also have an impact on a consulate or embassy official’s willingness to legalize a document. When attempting to get a document legalized by the Chinese embassy or consulate, be aware that mention of one particular country is highly likely to create issues. Since the People’s Republic of China does not recognize the existence of Taiwan as a separate country, China generally refuses to legalize any presented document that mentions Taiwan and insists that it be replaced with the word “China” before it will legalize the document.

Consular and Embassy Officials Have the Last Word

While the legalization process is intended to verify and authenticate the signatures and seals on a document, some consular and embassy officials interpret their roles more broadly and will base their decision to reject or approve a document based on what it contains.

Unfortunately, there’s really no recourse when consular officials refuse to authenticate documents presented to them – even if the reasons seem spurious to the presenter. The consular or embassy official has the last word on the subject, and if they believe the document is being handled correctly, it can be extremely difficult and often impossible to convince the official otherwise.