Getting Document Signatures Right: It’s Not as Easy as You Think! 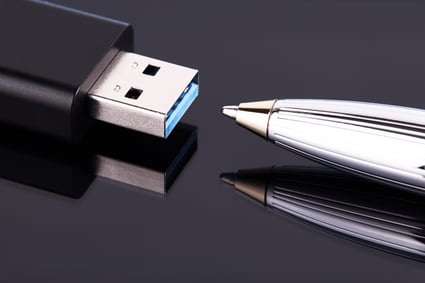 When filing corporate documents, you might think that the signature would be a rather simple requirement. An officer, manager or other official representative signs in the appropriate place and you’re done.

There are a number of complexities that make the document signature a common cause of filing rejection. Let’s look at the different ways to sign a document and identify document signers, and how these factors impact document acceptability as determined by a state’s filing office.

What Types of Signatures Are Accepted?

Even in this electronic age, there are still a few states that require original signatures on paper forms submitted for filing. These include:

In addition to the above states, there may be some filings in other states where an original will still be required. A form that requires a notarized signature, for example, may be required to be submitted using an original signature and notarization.

Most states now accept a scanned or faxed copy of a signed document. But it’s important to avoid re-faxing or re-scanning the document multiple times as it can affect the legibility of the document, which may cause the document to get rejected.

A conformed signature is a typewritten signature indicating that the original version of the document has been signed by the appropriate party and is maintained with the records of the company. It must also follow a specific format, as demonstrated in the conformed signature example below.

/s/ Name of Person who signed the original

The following states allow conformed signatures, with some exceptions:

As electronic filing becomes more widespread, so too does the acceptance of electronic signatures. Companies such as Docusign offer the ability to store and electronically attach a signature to a document. Sometimes this will look like a handwritten signature but not always. It usually includes information indicating the document was electronically signed.

The number of states accepting Docusign signatures has increased greatly in the last few years. An electronic signature is now acceptable in all states, except for those listed below:

Some states have moved to mandatory completion of filings using the state’s online system. In these systems, the signer’s name often must be typed into the website form to effect a signature. States with mandatory online filing systems for most or all common filings include:

The rules regarding who can sign a document vary depending on company type and where a document is being filed. As a general guideline, documents signed by an officer of a corporation, a member or manager of an LLC or a general partner of a limited partnership are acceptable. As with the type of signature, complexities abound!

Adding to the complexity here, it’s important to note that there is no universal definition of ‘authorized person’ or how ‘authorization’ is provided. New York, in Section 102C, states that:

Other states may define this differently. Some states, like Delaware, may not define the term at all.

If a state’s definition doesn’t provide much guidance, the operating agreement may specify who is authorized to act in this capacity for an LLC formed in any state.

When the Principal of the Company is Another Company

Often, organizational structure means that the sole shareholder of a corporation, member of an LLC or general partner of a limited partnership is another company. In this case, the principal of that company must sign.

Sometimes the chain may go through three or four companies before there is an individual who can sign on behalf of the company filing the document. In those cases, it is important that the full chain is provided.

In Delaware, for example, each company and its relationship must be listed as shown in the following example:

California, on the other hand, does not like the Delaware format and prefers the signer to be listed first, in this manner, for a filing done for EXAMPLE COMPANY LP:

A Few More Factors to Consider

Certain states, such as Illinois, verify that the person or company signing is the same the one they have in their records for that role. The state will reject the filing if the office has a different person or company listed as officer, member, manager or general partner. A state will also reject a filing if the general partner of a limited partnership is not also authorized to do business in that state based on current records.

States sometimes have specific rules regarding what title may be used for the signer. In New York, for example, a filing for an LLC must be signed by a member, manager or authorized person. The state will not accept a document signed by a president, even if that is the title used by the company.

After going through these different scenarios, you can see that document signatures are often anything but simple. There is a significant level of complexity and variety seen within state signature requirements and one ‘simple’ misstep may lead to having your filing rejected.

If you need assistance with corporate filings, we’re here to help.