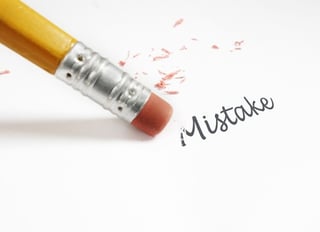 Delaware has long been one of the most popular states for incorporation/formation for U.S. businesses of many types - corporations, limited liability companies and other alternative business entities. Of course, there are many reasons for this, including the Delaware General Corporation Law (“DGCL”) being renowned as one of the most advanced and flexible statutes in the country. There has been and continues to be a prevailing commitment by the legislators in Delaware to keep the statutes governing corporations and all business laws current. An example of this is evidenced by the amendments to the DGCL discussed in previous blog posting, Ratifying Defective Corporate Acts in Delaware: Part 1. Since that time, the number of Certificate of Validation filings has increased from just over 200 to 317 through September 2015.

In our previous post, we discussed the amendments to the DGCL which became effective on April 1, 2014. The amendments provide a mechanism for corporations to cure defective acts such as inadvertently not properly electing directors or issuing shares in excess of those authorized in a Certificate of Incorporation. The amendments provide specific steps and actions that are required to be taken to cure such defects. As indicated above, since the effective date, many corporations have relied on Sections 204 and 205 of the DGCL, thereby avoiding the potential consequences of such defective acts.

In keeping with Delaware’s commitment to assess and, where needed, make changes to the DGCL to stay current, along with its ability to amend its statutes in a timely manner, effective August 1, 2015, Sections 204 and 205 of the DCGL were further amended to clarify the procedures for ratifying defective corporate acts and stock as follows:

In addition to clarifying the procedures for ratifying defective corporate acts, the amendments further streamline the administrative procedures for what documentation is required to be submitted. This has added to the reputation of Delaware as one of the most business friendly states and is one of the many reasons that Delaware is a respected and preferred jurisdiction of formation for “more than 1,000,000 business entities . . . and [m]ore than 50% of all publicly-traded companies in the United States including 64% of the Fortune 500.”[1]