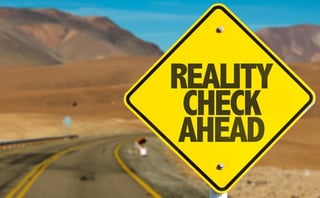 For the past few years, charities and state regulators attending the annual NAAG/NASCO (National Association of Attorneys General/National Association of State Charities Officials) Conference have received updates on the possibility of an online, single-portal filing system for state charitable registration and renewal filings (the “Single Portal”). This year was no different, but with one notable exception: this time a pilot-project of up to 13 states (but more likely six to nine) might be a reality within the next year.

The Birth of Multistate Registration and Filing Portal, Inc.

Up to 42 states have some form of state charitable registration and renewal filing requirement for nonprofits soliciting donations. Though the requirements are similar in some states, the statutes, regulations and processes for complying vary significantly. This lack of uniformity results in an expensive, time-consuming compliance nightmare, which some nonprofits ignore. It’s simply too difficult and cost prohibitive for them to comply with state fundraising laws.

In an effort to simplify the registration process and to encourage wider compliance, the Multistate Registration and Filing Portal, Inc. (MRFP), a nonprofit working to implement a single filing portal for charities, was created in 2013. Its goal is to create a single portal where nonprofits and professional fundraisers enter information once (and it pulls from existing filings such as IRS 990s) to create registration and renewal filings, allowing them to comply with every states’ requirements more easily.

After several years of nonstarters, the MRFP entered into a contract with The Governance Lab (GovLab) in 2016. GovLab was tasked as the Project Manager for the creation of a 13-state pilot project, the first major step in the development of the Single Portal. Soon thereafter, the MRFP released a Request for Information (RFI), and several organizations interested in developing the project submitted responses.

In October 2017, Karen Gano (President of NASCO) and Bob Carlson (Missouri Assistant Attorney General), on behalf of the MRFP’s Single Portal Advisory Committee, provided an update on its status. They reported that GovLab recently gave notice that they were resigning as the Project Manager. Grano also disclosed that a new contract with Guidestar and the Department of Better Technology (DOBT) was in its final stages and would be signed soon. Guidestar and DOBT are partnering with the MRFP to develop the Single Portal. (You can find copies of their responses to the RFI here.)

By choosing Guidestar/DOBT, the project cleared a significant hurdle: how to pay for and maintain the online filing system, which will be developed at no charge to the MRFP. Instead, Guidestar/DOBT will be compensated on the back end, via a modest transactional fee (approximately $7/state/filing) after the filing portal is available. This fee will be in addition to any state and online payment-processing fee.

This Time Next Year

Originally, the pilot project consisted of 13 states (Mississippi recently dropped out) and its creators anticipate that a few other states won’t be ready to use the system within the next year. The remaining six to nine states hope to accept filings via the Single Portal, but most (if not all) won’t require them through it.

Representatives from Guidestar/DOBT stated that they’re ready to move quickly and that they’ll likely be limited only by the participating states’ inability to keep up with them.

It’s Guidestar’s and DOBT’s objective that the pilot project will be successful, and that other states will take steps to join the Single Portal initiative, such that one day all state charitable registrations and renewals can be filed via the Single Portal.

It’s not a matter of if a Single Portal filing system will be created, but when. However, based on prior efforts and impediments in the past few years, it’s unlikely that it will be available in more than a handful of states within the next year.

Also, efforts to add additional states won’t be easy, as states will need to change their statutes, update or create online filing systems and likely need to agree to more uniformity in the filing process. It reminds me of the efforts to create and use a single form, the Unified Registration Statement (URS), which would be accepted by all states for charitable registrations and renewals. That form was successfully created in 1997 by the Multi-State Filer Project, Inc. (MFP) but, even though they did partially achieve their goal, the form was never accepted by all states. Some states required additional supplemental forms and fewer states accept the URS every year. Currently, 29 states accept it for initial charitable registrations and fewer accept it for renewals. (For more information, see our past blog article, “Why New Charitable Registration Filers Should Not Blindly Use the URS”.)

Granted, many of the impediments and limitations the URS encountered can be overcome in a digital environment, but some of the same challenges will slow down the realization of a truly Single Portal filing system.