Why New Charitable Registration Filers Should Not Blindly Use the URS 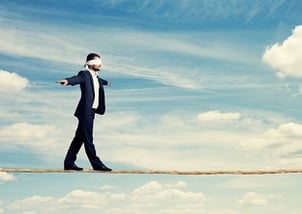 Nonprofits that are new to charitable solicitation registration, frequently ask me about the Unified Registration Statement (“URS”), and whether or not it is a good form to use for nationwide registration and renewal filings. I tell them that the URS can be a timesaver and that the nonprofit team here at COGENCY GLOBAL INC. prefers to use the URS in most states, especially for charities that solicit in many states or nationwide. It’s a single form accepted by many states for both initial and renewal charitable solicitation registration filings. I do, however, temper this endorsement with a warning: Do not use the URS if you are only filing in a handful of states, and inexperienced filers should not use the URS, unless they are very diligent about understanding and meeting all of the filing requirements in each state.

It’s not uncommon for novice filers to receive many rejections on multiple occasions from various states when using the URS. This is mostly due to the fact that the filing guidelines published with the URS are not up to date. In fact, it’s my understanding that the URS guidelines have not had a complete updating since 2010, even though the form and guidelines show an update date of 2014. This leads the user to believe that the content in the guidelines is more current than it actually is. The result is that filers who diligently follow the outdated guidelines will likely have most or all of their filings rejected by the states. This might be one of the reasons that some states either prefer to receive their own state form or have stopped accepting the URS in recent years. The rejections are a drain on state and charitable resources. We’d love to hear your comments…have you had any charitable registration or renewal filings rejected as a result of following the URS guidelines? Also, since the URS was created to meet the requirements of multiple states, it tends to require more information and attachments than many state-specific forms. For charities that only need to register in a handful of states, the state forms might prove to be an easier option.

When to Use and Not Use the URS

The URS should always be used to file an initial registration in Pennsylvania. The state-specific form in Pennsylvania (BCO-10) asks when a charity first solicited contributions from Pennsylvania residents and when total contributions to an organization first exceeded $25,000 (including donations from all sources and states) in a fiscal year. Pennsylvania uses these dates to impute a late filing fee of $25 per month. I’ve seen these fines total several thousand dollars and the state is usually unwilling to abate these late fees. However, if the URS is used for the initial filing in Pennsylvania, then the state tends to approve this filing without the charity needing to provide these exact dates.

Do not use the URS in Georgia. Georgia requires several additional state forms to be filed with the URS, such that it doesn’t make sense to use the URS. Also, Georgia is notorious for rejecting URS filings repeatedly and holds filers of this form to a very high standard. Detailed and precise answers are required for all of the questions on the URS when filing in Georgia. This is not the case in most states, where a minimal amount of information will be accepted when answering the questions on the URS.

Consider not using the URS in certain circumstances. Other states have very simple registration and renewal forms, such as Alabama’s renewal filing, which only requires the name and registration number of the charity, along with a filing fee and annual financial report (usually a copy of the IRS Form 990). Similarly, some states will allow for online filings, which is sometimes easier and faster than filing the URS. Another consideration, when deciding whether to use the URS is to keep in mind that nearly half of the states do not accept the URS for renewal filings. Determining which states will accept the form is another time-consuming task and filing it with states that do not accept the URS will only lead to rejected filings, delayed registrations and renewals, and possibly late fees and/or fines.

The creation of the URS in the late 1990s was hailed as a godsend for charities registering to solicit donations nationwide. The driving force behind it was the goal of uniformity in the state charitable solicitation registration and renewal filing requirements for nonprofits soliciting in multiple states or nationwide. Initially, the URS had great success, as 37 of the 40 states accepted the URS for initial charitable registrations soon after its release. Aside from the minor inconvenience of having to complete three state-specific forms for registrations, instead of 40, a handful of states also required additional forms or supplements to be filed with the URS. This was required because the URS did not meet all of the statutory reporting requirements in every state. In addition, the states varied the fees and needed signatures when filing the URS. Thus, the URS is not entirely uniform, but aside from some minor differences among the states, the URS did add significant uniformity to what was once an extremely difficult registration and compliance task for charities fundraising nationwide. Turn the calendar forward more than 16 years to 2016, and is this still true?

The simple answer is that the URS is still a very useful, time-saving tool when registering or renewing to solicit. However, for charities new to the filing requirements, use of the URS will likely lead to possible late fees and multiple state rejections, which in turn require a significant amount of time and effort in having to make multiple filing attempts. Furthermore, the filing landscape has changed dramatically since the URS was introduced. Only 29 states now allow nonprofits to use the URS when they register to fundraise and nearly half of the states do not accept it for renewal filings. Also, many states now require online filings and no longer accept the URS.  Other states, tired of rejecting the URS, have since mandated the filing of state-specific forms. Charities that are new to the registration filing process should not use the URS, unless they are diligent with meeting the specific state requirements. Do not rely on the URS filing guidelines. An experienced attorney, CPA, or service company is usually a much better solution and, for do-it-yourself filers, below are some helpful resources.
_________________________

The National Association of State Charity Officials (NASCO) is an association of state offices charged with oversight of charitable organizations and charitable solicitation in the United States (see directory of state charity filing offices).

Here is an excerpt from Chapter 5: Registering your nonprofit to fundraise in multiple states is burdensome—no question about it. First, you need to figure out which states you have to register in. That alone is a difficult task—simply accepting donations through your website can trigger registration requirements in certain states. Once you figure out where you may have to register, you need to look at that state’s rules to see whether you fall within an exemption. Then, imagine having to fill out as many as 40 different registration applications. That could be a nightmare. Fortunately, there is an easier way: a unified registration form that can be used to register in multiple states. This chapter goes over this form—the Unified Registration Statement (URS)—and how to complete it, including line-by-line instructions.