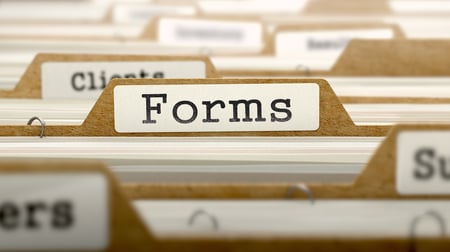 After the amendments to Article 9 of the Uniform Commercial Code (UCC) became effective in many states on July 1, 2013, states also began requiring new national UCC forms in the following year.

If you are filing in New York, please refer to our separate post on using the UCC forms dated 05/22/2002.

On the 2011 version of the UCC1 form, individual debtor name labels include ‘Individual’s Surname’, ‘First Personal Name’ and ‘Additional Name(s)/Initial(s)’. In most, but not all states, it’s necessary to consult an individual’s unexpired state issued driver’s license or state issued ID card for this information but it may not be clear on the ID card which is the surname and which name is the first personal name. Each state’s Department of Motor Vehicle records have different format/layout protocols for presenting an individual’s name. When unsure about the correct surname and first personal name, you have the option of adding several different versions of the debtor’s name in the additional debtor name fields that are provided.

If the individual debtor surname is too long, it will not fit in the ‘Individual’s Surname’ field. The 4/20/2011 UCC1 form allows you to place this on the Addendum form. When utilizing this option, you must check the box in the debtor name section indicating that the name is being placed in box 10 on the addendum form and the debtor name field on the first page of the UCC1 form must be left blank.

When filing UCCs in New York where the collateral is held in a trust, UCC filers may want to consider adding the required statutory language on the financing statement since the older form used by New York does not cover this the way the new form does.

On the 2011 UCC3 Amendment Form, there is an assignment checkbox placed between the Termination and Continuation check boxes. This change was made to help prevent filers from accidentally checking ‘termination’ when meaning to check ‘continuation. (Take care not to check the wrong box if filing in New York with the older 2002 forms!)

Field number 13 on the UCC3 amendment addendum form asks for the name of the debtor on the financing statement being amended. This helps align the UCC3 with the correct UCC1 already on record when amendments are marked “…to be filed in the real estate records or in any other filing office where the name of a current debtor is required for indexing purposes”. This field is for cross-referencing purposes only. It is NOT to be used to add, delete or change a debtor name.

After going through several naming conventions in past form versions, the 2011 UCC5 Information Statement Form now has a name that accurately reflects its purpose. A UCC5, filed by either the debtor or secured party, is solely intended to ‘inform’ third parties searching the UCC public records of the following:

While either a debtor and/or secured party may make a UCC5 filing, neither party is required to do so. The UCC Information Statement is for information purposes only, the filing of this form has no legal effect on the financing statement. It is up to the searcher to investigate the validity of the claim.

Check out our additional UCC resources: