"Speak clearly, if you speak at all; carve every word before you let it fall."
Oliver Wendell Holmes 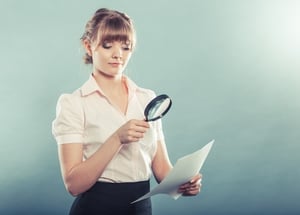 When drafting legal agreements, there is a series of building blocks in each section with the necessary components to translate into legally effective provisions. If not done well, parties may lose the negotiated or intended advantage of an agreement term or provision by either failing to use the appropriate language or including language that is not necessary and imposes an unintended meaning. This is also true when it comes to defining the role of an independent director or manager.

In my experience working with attorneys over the years who work on large commercial financing transactions, there is great care taken when drafting agreements to reflect the negotiated terms of the deal and the remedies available if any party fails to perform. Remedial provisions typically include indemnification obligations, termination rights, limitations of liability and, depending on the nature of the financing transaction, other clauses that address possibility of future bankruptcy or litigation.

In my current role, I work with attorneys representing borrowers who are required to appoint an independent director or manager (both terms used interchangeably) on large commercial real estate financing transactions. Lenders in these types of transactions will require that a bankruptcy remote entity (BRE) be formed to limit certain risks associated with a borrower’s bankruptcy filings. “A BRE (also referred to as a single purpose entity “SPE”) is organized for the express purpose of holding a single real estate asset.”1 “A properly structured BRE isolates a lender’s collateral from the insolvency and bankruptcy risks associated with other types of financing.”1

In addition to appointing an independent director or manager “who is not affiliated or associated with the borrower”1 above, lenders will also require that the Operating Agreement be drafted to include, among other things, provisions that limit the purpose of the BRE to owning a specific property, isolate assets and liabilities and limit debt/liens.

Typically, in addition to being appointed as the independent manager, we are asked to assist with the formation and be appointed as registered agent of a limited liability company (LLC) in Delaware. While there are other entity types and jurisdictions that are sometimes used in these types of deals, Delaware LLCs are favored for BREs because of the flexibility of the laws governing limited liability companies in Delaware.

Corporations are a less favorable entity type for these types of real estate financing deals. “Corporate laws generally require the officers and directors of a corporation to act as fiduciaries for the shareholders and to consider the best interests of the corporation above all else, particularly the corporations creditors.”1

The lenders in these types of deals require that the independent manager appointed also consider the interests of the creditor. The legal premise known as freedom of contract gives the organizers of a Delaware LLC, who draft the Operating Agreement, flexibility in drafting its terms and, among other things expanding the responsibility of the independent manager to consider the interests of the creditor.

While the independent manager is one of many lender requirements as noted above, the drafting of the provisions in the Operating Agreement carving out and defining this role is extremely important so that the entity qualifies as a BRE and that no unintended responsibility is imposed on the independent manager. The provisions in the Operating Agreement will include language related to specific material actions, including actions related to bankruptcy, insolvency and dissolution that the independent manager will be required to vote on. This gives the lender comfort that their interests will be considered should a material action present itself.

Why Language in an Operating Agreement Matters 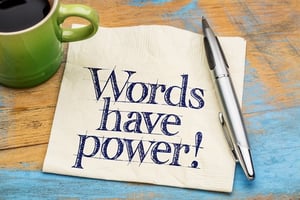 In some cases, we see language that states that these determinations be made in accordance with the Delaware Corporation Law (DGCL). As noted above in the quote, words matter. In this scenario, the addition of the reference to the DGCL in a Delaware LLC Operating Agreement can have a significant effect on whether the LLC qualifies as a BRE.

This issue was highlighted in the In Re General Growth Properties (GGP) case in which many BRE subsidiaries were included in Chapter 11 bankruptcy filings.3 While there were many points and arguments raised in this case, language in some of the Operative Agreements of the BREs included a reference to the DGCL.

In the GGP decision, the court stated that in instances in which the organizational documents of and SPE (also referred to as a BRE) provided that the fiduciary duties of the independent managers are analogous to the duties of directors under Delaware law, relevant case law requires those independent managers to act on behalf of the SPE’s shareholders at all points before actual insolvency, as opposed to acting in the interest of the creditors at the time the entity has reached the "zone of insolvency".3 After this decision, among other things, many attorneys, both on the borrower and lender sides of real estate financing transactions, reviewed and revised the organization documents used by BREs to eliminate the reference to the DGCL.

The issues outlined above in the GGP case illustrate the importance of working with experienced individuals when engaging the services of independent managers or independent directors for large real estate financing transactions. Their knowledge can often help you avoid common pitfalls in these kinds of deals.