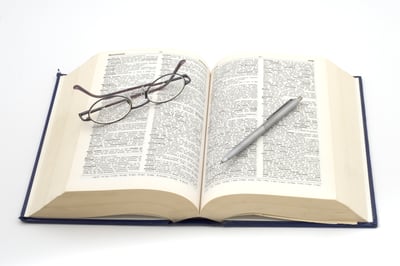 When a document from one country is going to be used in another country for a legal or business matter, the receiving party will sometimes require that the document be legalized. This is a process that involves verifying the authenticity of the signatures, stamps and seals of the public officials that appear on the document.

There are two different methods for handling document legalization. In either case, there are many specialized terms used. If you are new to the legalization process, a thorough understanding of the following terms may be helpful.

There are a large number of Hague Conventions but in the area of legalization, this term refers to the 1961 “Hague Convention Abolishing the Requirement of Legalization for Foreign Public Documents”.

With the goal of facilitating matters when someone needs to use documents executed in one country in a different country, the Hague Convention creates reciprocal relationships between countries and greatly simplifies the legalization process by only requiring issuance of an apostille. However, both countries must be party to the Hague Convention to use this simplified process.

An apostille is a stamp or certificate affixed to a public document that is drawn up according to the specifications of the Hague Convention and issued by a competent authority. An apostille certifies:

When an apostille is issued, no further legalization steps are necessary.

A document that falls into one of the following categories:

The public authority designated to issue apostilles by a Hague Convention member country. A country may have a single issuing authority (such as the Foreign and Commonwealth Office for the UK) or multiple authorities, as in the U.S. where the U.S. State Department, each state’s Secretary of State and the federal courts are all competent authorities.

The stamp or certificate affixed to a public document when the issuing country and/or destination country is not part of the Hague Convention. It certifies the authenticity of the public official’s signature and any corresponding stamps or seals. Following authentication, further steps must be taken with the embassy or consulate of the destination country to legalize the document.

Certification officially confirms the authenticity of the document itself, rather than the seal or signature of a public official. Examples of documents that can be certified include publicly filed company charter documents, birth certificates and patents.

In the U.S., a notary is a public official whose role is to deter fraud by verifying the identity of a document’s signer, their awareness of the document’s contents and that they are not signing the document under duress. In other countries, notaries may have a broader range of responsibilities and duties.

A stamp, allonge or flag that issued by the government official in charge of commissioning notaries in a state that verifies the notaries signature and ability to act in a notarial capacity.

For further information on document legalization and authentication, be sure to check out the following posts:

Are there other terms you’ve encountered that could use some clarification? Let us know in the comments below.