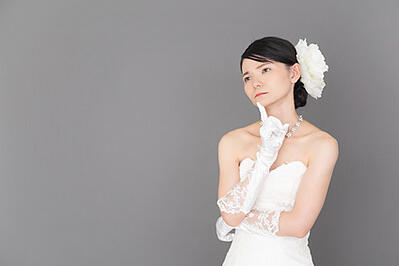 Assumed name registration (which can include DBA filings, trade name and fictitious name registration) establishes the use of a name and, in many states, prevents other entities from registering the same or similar name.

A key question that comes up for many brides-to-be is the decision to take her husband’s name and make the necessary changes to her social security card, driver’s license, etc. For me, the decision was an easy one. My maiden name, Bacon, had been the source of lots of jokes as I grew up, so I didn’t have a lot of regrets leaving all those ‘original’ and ‘witty’ remarks behind.

Like individuals, business entities can have good reasons for doing business under another name.

Why Do Business Under Another Name?

Registered companies like corporations, limited liability companies or limited partnerships often do business under another name for one of two common reasons:

Almost every state requires a filing (e.g. application for fictitious name or trade name registration) if the company elects to do business under another name. Several states provide some protection for the assumed/fictitious name in that other entities aren’t allowed to use the name in the state. Even in states where this is not true, assumed name registration still helps establish the usage of the assumed name by the company.

Name Terminology Can Be Confusing

States use different terms to refer to names used by entities that are not their true corporate names: assumed name, d/b/a, fictitious name, alternate name, and trade name are most common.

Unfortunately, the same terminology can often be used regardless of whether a company must use a different name to do business or a company voluntarily uses a name, in addition to the true name. As the associated procedures usually vary by state, this conflation of terms can often lead to confusion.

For clarity’s sake within this post, forced fictitious names are used when the true name is unavailable or does not meet the state’s criteria. Elective assumed names are used by choice.

Forced fictitious names are usually listed right on the qualification documents. Some state forms provide a specific blank for these names, others ask you to add the forced fictitious name right after the true name with a statement such as “under the assumed name…” or “which will do business under the name…”.

In addition, the following states require the submission of a board resolution approving the use of the forced fictitious name:

STATES REQUIRING SUBMISSION OF BOARD RESOLUTION
FOR FORCED FICTITIOUS NAME

A few other states, including Massachusetts and Hawaii, also require the entity to follow the steps needed to use an elective assumed name.

How elective assumed names are handled varies greatly from state to state. Here are some of the variations you will see:

WHERE TO FILE ASSUMED NAMES AT LOCAL LEVEL

Doing business under another name, whether forced fictitious or voluntarily assumed, comes with a great many rules, requirements, and renewal dates to track and manage. Managing all of this correctly can greatly impact a company’s ability to use the name and, in some states, have that name protected. It’s important to be knowledgeable and aware of all the nuances – or engage a professional service for assumed name compliance.

Access our webinar recording below for more guidance on assumed name registration and maintenance:

Assumed Names, Trade Names and Fictitious Names:
Why is All This So Complicated?