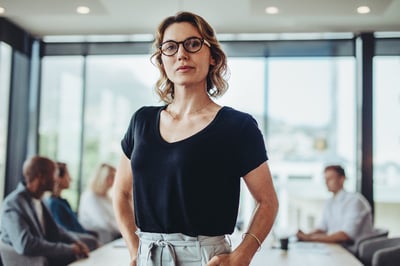 Over the past few years, there’s been a growing trend of introducing state legislation with the goal of promoting gender diversity on corporate boards.

Since our last update in June 2019, several states have formally enacted legislation requiring corporations to have a certain percentage of women as board members, often with a periodic reporting requirement. In other states, bills with similar intent still remain under consideration, pending further action.

H3394, enacted on August 27th, 2019, requires all publicly held corporations with principal executive offices in Illinois to begin including self-identified gender and minority demographic information for current board members, as well as information relating to diversity factors for board evaluation, recruitment and other policies and practices, in their annual reports by January 1st, 2021.

New legislation has been proposed in Illinois that pushes beyond data collection. S3508 would add gender composition requirements for domestic and foreign publicly held corporations with principal executive offices in Illinois. Similar to legislation implemented in California, S3508 would require at least one female director no later than December 31st, 2021, with additional board membership requirements in subsequent years based on board size. By the close of the 2023 calendar year, S3508 would require:

A $100,000 fine would be imposed for initial failure to timely file board member information. For second or subsequent violations, the fine increases to $300,000. Additional penalties would apply for failure to have the requisite number of female board members at a given time.

Although not expressly including corporation reporting requirements, the legislation gives the Secretary of State the authority to adopt rules for implementation. The bill has been pending in a Senate committee since April 2020.

New Jersey: Reintroduction of Senate and House Bills from 2019

New Jersey's quest for board diversity continues with S798 and A1982, which were reintroduced after last year's versions (S3469 and A4726) failed to pass. These bills seek to implement requirements for proportional female board membership. The bills retain requirements for additional female board members and penalties, including an annual reporting requirement. A publicly held domestic or foreign corporation with a principal executive office in New Jersey would be required to annually file with the Secretary of State a list of all directors, each director’s term of service, and how many directors self-identify as women.

It appears that the state will need to revise deadlines set by the new bills, as prior date information from the previous bills remains with requirements slated for the end of 2019.  The proposed legislation has been pending in Assembly and Senate Committees since January 2020.

S4278, effective June 27th, 2020 by way of S7195, amended Section 408 of the Business Corporation Law to require for-profit domestic and foreign corporations to include the number of directors and list how many are women in their biennial statement filings. The Department of State will use this data to conduct a study on the number of women directors and the change in that number over time, and publish a report on its study by February 1st, 2022.

If a public company does not have a gender-diverse board of directors for that time period, it must deliver a board diversity discussion and analysis to its shareholders. The discussion and analysis must show the approach to developing and maintaining diversity on the board of directors. Requirements for the public company generally include posting information electronically or in an applicable proxy or information statement, with limited exemptions. The legislation leaves open the question of an annual reporting requirement.

Massachusetts SB 1879, if enacted, would require one female director on the board of domestic and foreign publicly held corporations by the end of the 2021 calendar year, with more women serving on the board following a proportioned formula (amount of women to total number of directors) by the end of the 2023 calendar year. The bill does not expressly include annual reporting requirements, however, the Secretary of the Commonwealth would have the authority to develop regulations for implementation. The bill has remained in committee since December 4th, 2019.

SB 115 in Michigan remains pending in the Senate Committee on Economic and Small Business Development with no changes since February 14th, 2019. The bill would set a requirement for one female director by January 1st, 2021 for domestic and foreign public corporations with principal executive offices in Michigan.

Ohio’s pending House Concurrent Resolution Number 13, introduced on September 24th, 2019,  urges all private and public companies doing business in Ohio to commit to increase gender diversity on boards of directors and senior management positions and to set and publish goals  by which to measure their progress. The resolution leaves open the question of an annual reporting requirement.

Pennsylvania HR 0114 urges – but does not require – publicly held corporations to have more women serving on their boards. The current form of the resolution leaves open the question of an annual reporting requirement and has remained pending in the House Commerce Committee since March 6th, 2019.

We will continue monitoring developments in representation legislation and will provide updates as changes take place.