Multi-state charitable solicitation registration and renewal can be a time-consuming and expensive distraction from a nonprofit organization’s mission. 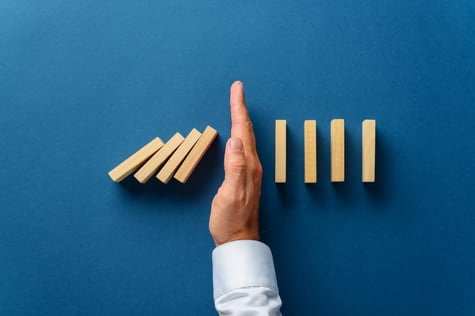 Did you know that in many states, just one phone call, email, letter or in-person solicitation to a potential donor could trigger the need for a nonprofit organization to register (in advance) to legally solicit charitable donations?

With up to 40 states requiring nonprofits to file initial charitable organization registration and/or renewals every year, complying with state fundraising laws can cost hundreds of hours and thousands of dollars in fees per year, depending on the size of your organization.

Fortunately, there are some strategies that can help limit the number of states where you have to register. Let’s take a look.

What do I mean by “if the state has a charitable solicitation act that requires registration”? Not all states require charitable registration. In the following states, most nonprofits are exempt from these bothersome filings:

Beyond these nine states, there are a few states that have special exceptions regarding charitable solicitation registration. In Missouri, for example, 501(c)3 organizations may be exempted from registration upon application. In Texas, registration requirements are only applicable to law enforcement, public safety and veterans organizations. Similarly, Arizona only requires veterans’ organizations to register. In Louisiana, registration is only required if your organization engages paid, professional solicitors to fundraise in the state.

How do you determine where to register beyond location? Consider what I call the ‘embarrassment factor’.

In this digital age, donors can easily check online whether their favorite charities are complying with state laws. If this large donor takes pride in due diligence and happens to search California’s database of registered charities, imagine the ensuing embarrassment when your Executive Director or Board Chair receives a call from that disappointed, dismayed and perhaps disgruntled donor.

Public officials, celebrities, and corporate/philanthropic moguls are also worthy of your attention when trying to determine in which states to register. A judge, appointed to the board of directors of a small nonprofit that held fundraising events in multiple states, was concerned about a lack of registration in any of these states and the potential negative impact to her as an elected official. This concern led to the organization registering in all eight states where they were conducting very public, highly-publicized events.

In 2014, Ohio Attorney General Mike DeWine, the state charities official in charge of the office that administers and enforces Ohio’s Charitable Solicitation Act, was embarrassed to discover that the charity he publicly supported was not actually registered to solicit in the state of Ohio. The irony of Ohio’s highest law enforcement official soliciting on behalf of an unregistered charity cannot be understated.

To protect your organization’s relationship with high-profile donors and/or board members, consider registering in the states where they work or reside.

Limiting solicitation and registration by state population and/or wealth concentration may be an efficient, cost-effective strategy for complying with fundraising statutes and registration requirements.

According to the 2010 U.S. Census, nearly half of the U.S. population is located in the following 10 states, listed largest to smallest*:

*Although Texas is the second most populated U.S. state, it is excluded here since it does not require registration for most nonprofit organizations.

If you base your strategy on the states with the highest median income, then you might prioritize the following states that require registration:

Conversely, it might make sense to forego registration and solicitation in less populous states (Alaska, North Dakota and Rhode Island) or in states with the lowest median income (Mississippi, Arkansas and West Virginia), if funds raised in those states are less significant.  The time and fees associated with registration and ongoing compliance could outweigh the value of the donations received from residents in these states.

Remember that it is solicitation activities that result in the need to register – not the number or amount of donations received.

Strategic Approaches to Compliance Can Reduce Risk and Costs

In the past, states didn’t devote much effort in enforcing charitable registration requirements, so it’s understandable why some organizations are reluctant to register. However, since the advent of the internet and its impact on fundraising, along with the changes brought about by the Pension Protection Act of 2006, states are becoming much more proactive about compliance and donors are doing more due diligence. One state fine for failing to register could exceed the cost of registering nationwide, not to mention the potential reputational risk to a nonprofit, its officers, directors, fundraisers, volunteers and related organizations.

Have questions about our charitable solicitation registration services? Our nonprofit team can help.