The Causes and Perils of Involuntary Dissolution 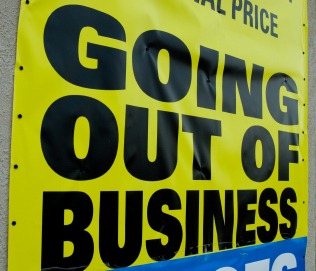 A quick review of almost any Secretary of State’s business entity database will reveal a number of revoked or voided entities that have been inactivated by action of the state, instead of the filing of dissolution or withdrawal documents by the entity.

The reasons for revocation of an entity are usually related to the failure of an entity to make a statutorily required filing, often as a result of poor entity housekeeping.

Three main reasons for revocation are:

Sometimes the revocation will result from the intentional decision of the struggling owner(s) of a failing business to allow the entity to lapse, rather than incur additional legal costs and filing fees to dissolve the business. At other times, the withdrawal or dissolution process may just be overlooked in the rush of day to day business.

Whatever the reason, the decision to allow a company to go void can lead to some admittedly rare, but serious consequences, including:

Based on these undesirable possible consequences of allowing a company to go void, an entity that is a going concern would be wise to meet all annual/periodic and tax filing deadlines while the owners of entities that are no longer active can reduce their risks by properly dissolving the company in the states where it was formed and qualified.